In november, about a dozen athletes started their training to become a messenger for Special Olympics Sweden.
The messengers are the first ever in Sweden.
– This is an important part of the work with our legacy. We want to get more people with intellectual disabilities into sports, and to do that we need messengers, says Linnéa Björndahl.
– This is important for Special Olympics Sweden and means that we are taking another step in the right direction. It is important that we find strong leaders that can be role models and inspire people with intellectual disabilities to healthier lifestyles.

Read more: The messenger: “Great to be one of the first”

Linnéa Björndahl is certain that the messengers’ will make Special Olympics Sweden grow even more in Sweden.
– They are very excited and focused to start their missions, says Linnéa Björndahl. 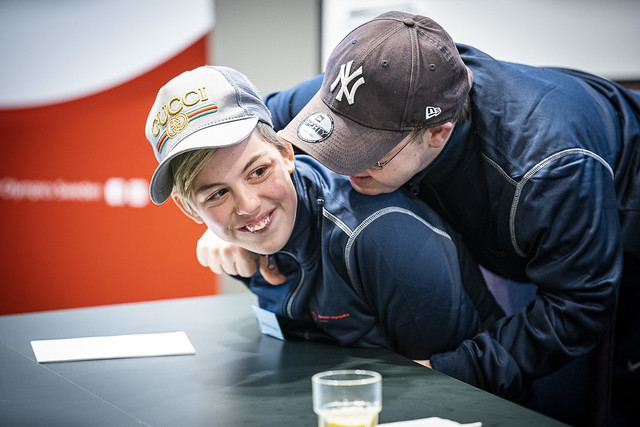 Alva Almgren and Jesper Eriksson Nylund are two of  Special Olympics Swedens messengers. (Click on the image to open the album).

The European Commission's support for the production of this publication does not constitute an endorsement of the contents, which reflect the views only of the authors, and the Commission cannot be held responsible for any use which may be made of the information contained therein.

Any cookies that may not be particularly necessary for the website to function and is used specifically to collect user personal data via analytics, ads, other embedded contents are termed as non-necessary cookies. It is mandatory to procure user consent prior to running these cookies on your website.