They are here and they are excited. The international delegations has finally arrived to Sweden.
– Skiing in Sweden is a once in a lifetime kind of experience, says Samuel Windross from Canada.

Most of the international delegations arrived to Åre Östersund Airport on Tuesday.
Samuel Windross from Canada is looking forward to the Games and to compete in Sweden.
– I think it’s really cool being in a different country, he says.

Before the start of the competitions, he and the other international athletes will participate in Host Town Experience, meaning that they get to know Sweden. Then it’s time for the competitions.
– It’s more of a fun experience I can share with others, meet new people and make new friends, he says.

Samuel Windross compete in alpine skiing. When he got picked to the participate in the games, he immediately began to do some extra training.
– Since I got picked I have been training a couple of times a week more often, he says.
– I think it’s going to go fine. It doesn’t really matter what you place. Skiing in Sweden is a once in a lifetime kind of experience, he says.

The Special Olympics Sweden Invitational Games 2020 is held in Åre and Östersund, February 1st-4th.
The opening ceremony will be held at the main square in Östersund, 19.00 on Saturday, February 1st.

See more photos from the arrival of the International Delegations. 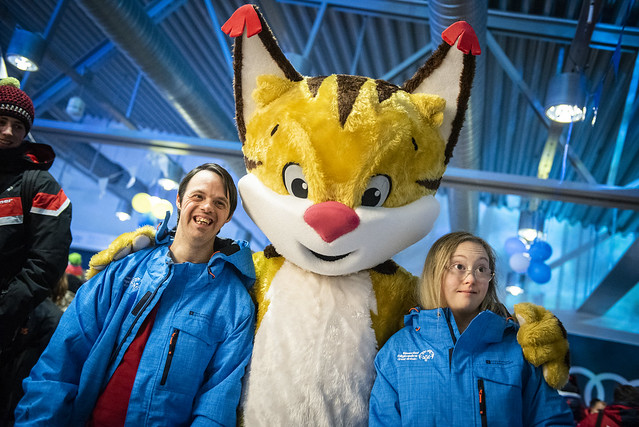 The European Commission's support for the production of this publication does not constitute an endorsement of the contents, which reflect the views only of the authors, and the Commission cannot be held responsible for any use which may be made of the information contained therein.

Any cookies that may not be particularly necessary for the website to function and is used specifically to collect user personal data via analytics, ads, other embedded contents are termed as non-necessary cookies. It is mandatory to procure user consent prior to running these cookies on your website.